Bring in the Breeze!

What kind of weather can we expect for September in Central Florida?

Most people can't wait for the end of summer to come around because it means cooler temperatures after a blazing season! 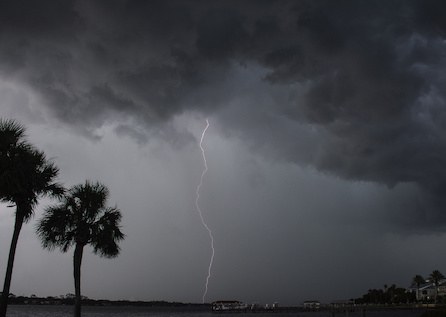 Well for those of us in Central Florida, that isn't always the case. Thankfully though, September is the end of summer and lets us know that soon enough we can anticipate a break from the heat, but for that month, it's going to be warm and wet!

September is peak time for hurricanes in Florida's hurricane season, in fact, Hurricane Dorian just barely missed us. Back in 2017, Hurricane Irma came through all of Florida in mid-September. Yes, that's right, ALL of Florida. The storm was so massive that it covered almost the entire state at one point. The warm temperatures create prime settings for hurricanes, and being surrounded by water doesn't help either. Thankfully this year the hurricane list hasn't been too threatening as of yet.

Besides hurricanes, it can be a generally rainy month but not quite as wet as the rest of the summer months. It's projected that this September, Central Florida will see roughly 20 days of rain throughout the month. This added with the average temperature of 89.5°F makes it another humid month before fall creeps up the following month. There are small breaks in the high temp of almost 90°F when the lowest average temperature of September reaches 72.7°F. A welcome reminder of the next few months to come.

All in all, the weather in Central Florida during September can be humid, hot, and rainy. It's the tail end of summer, and although Florida doesn't get a real fall season, the end of September lets Floridians be hopeful that colder and shorter days are on the way!

Now is the perfect time to get ready to bring in the breeze! Get a free quote from Michele's Hide-Away Screens.

Bringing in the Breeze Since 1999

Why choose a retractable screen instead of a traditional screen door?

There are many options available on the market to bring you the utmost enjoyment from your home any time of year.  You may be wondering why a retractable screen would make any difference from a traditional screen door.

There's an interesting quote about the weather in Florida: "there is no such thing as bad weather here, only different types of good weather". In Florida, it's common in the Springtime months to have a full week of 80's and 90's, followed by a couple days of weather in the 50's and 60's. As Floridians, we know that we could wake up "freezing" with temps in the 40's and by noon, we're putting away the sweater for flip flops.

If you are interested in signing up for our newsletter with coupons, maintenance tips and more, please fill out the form below.