Bring in the Breeze!

Why did winter skip Florida this year?

Florida's weather is known for being unpredictable and ever changing, but this year's "winter was reported as the warmest since 2006." 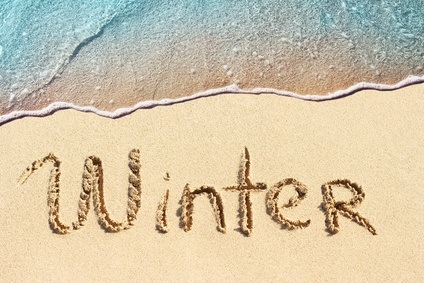 Snows were running far above average in the regions of Central Asia and the North Pole in 2016– but of course, there's also no year quite like 2016 in the historical record when it comes to Arctic sea ice, either. These factors are the key for this winter in Florida. For technical reasons, the lingering temperature contrast between the warmer than average Arctic and colder than average Central Asian landmass is likely to continue driving a stronger than average jet, on average, over the next three months.

So while the presence of heavy snowpack in Siberia is often a good indicator of future severe cold outbreaks, this winter, those cold air masses are going to struggle to push all the way south into Florida at full strength, because their approach will be blunted by stronger than average west-to-east winds at upper levels.

WeatherTiger's suite of proprietary seasonal climate models, of a fairly cold and snowy winter in the northern tier of the U.S., including the Great Lakes and Upper Midwest, with more normal temperature and precipitation anomalies across the Upper South and some drier and warmer than average conditions in the southern Plains and Southeast.

With Florida weather changing day by day, some days you find yourself with all of your windows and doors open, while other days, you're running for your sweater. With a retractable screen, these opened windows and doors are protected from insects and prying eyes and can immediately be rolled up when not in use. Contact Michele's Hide-Away Screens for more details.

Bringing in the Breeze Since 1999

Why choose a retractable screen instead of a traditional screen door?

There are many options available on the market to bring you the utmost enjoyment from your home any time of year.  You may be wondering why a retractable screen would make any difference from a traditional screen door.

There's an interesting quote about the weather in Florida: "there is no such thing as bad weather here, only different types of good weather". In Florida, it's common in the Springtime months to have a full week of 80's and 90's, followed by a couple days of weather in the 50's and 60's. As Floridians, we know that we could wake up "freezing" with temps in the 40's and by noon, we're putting away the sweater for flip flops.

If you are interested in signing up for our newsletter with coupons, maintenance tips and more, please fill out the form below.